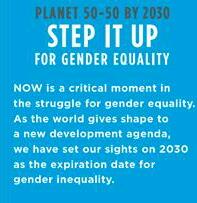 “Planet 50-50 by 2030: Step It Up for Gender Equality” asks governments to make national commitments to address the challenges that are holding women and girls back from reaching their full potential.

Launching on the occasion of International Women’s Day 2015, Step It Up will showcase specific commitments that governments make, leading up to the United Nations General Assembly in 2015.

Step It Up comes at a critical moment in time as a new development agenda is taking shape to replace the Millennium Development Goals.

Passing new laws or strengthening existing ones is one way to Step It Up. Other actions might include creating programmes to eradicate violence against women and girls, encouraging women’s participation in decision-making, investing in national action plans or policies for gender equality, creating public education campaigns to promote gender equality, and many more. The Beijing Declaration and Platform for Action and the UN Secretary-General’s report on its implementation provide progressive road maps for gender equality.

Everyone has a role to play to make gender equality a lived reality by 2030. 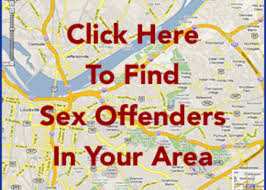