Treasure Hunt for NGOs by Befrienders 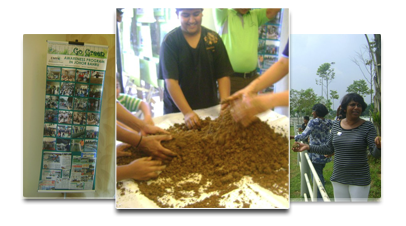 Every year since our inception, JEWEL has made a point of marking International Women’s Day (IWD) in some way. Each year around the world, IWD is celebrated on March 8. Hundreds of events are organized by women’s groups and Governments throughout March to mark the economic, political, and social achievements of women, while reflecting on the challenges and barriers that remain, and considering future steps to achieving equality for all women, in all aspects of their lives.

However 2011 was especially significant, as it was the 100th anniversary of the IWD movement. The Director of Hospital Permai Dr Kadir Abu Bakar gave his blessings for us to use this occasion to plant tree saplings on the grounds of the hospital’s new wing. The Johor Bahru City Council’s Unit LA21 kindly agreed to donate 100 saplings of various kinds, to mark 100 years. 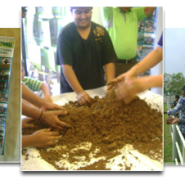 Programme was declared by open by Dr Badariah Yahya, Deputy Director of Hospital Permai Johor Bahru. It was followed by a poetry reading session, which celebrated the theme of women. JEWEL’s Programme Coordinator Dr Elizabeth B. Moraes started with a rendition of Maya Angelou’s inspiring ‘Still I Rise’. Puan Inzura Kosnin of the Johor Bahru City Council read out a poignant piece she had written herself entitled ‘Mama’. And Staff Nurse Khatijah Jalil of Hospital Permai gave a stirring recital of a poem that celebrated a woman’s dedication to her family. Then it was off by coach to the planting grounds. The hospital’s committee did an excellent job of handling the logistics. The rain was only a minor damper. It was a heartwarming, joyful programme.