Jewel   teamed up with Puspanita MBJB and Johor Bahru City Council  ( MBJB)  to bring in well-known safety activist, Capt. K. Balasupramaniam for another of our safety seminars for women  on Sunday, 25 Sept 2016 at Jotic Auditorium, Jalan Ayer Molek,  Johor Bahru.

Women tend to be a prime target of crime as we are viewed as the weaker sex , unable  to fight back. Therefore we have to be smart and equip  ourselves with the knowledge and skills to protect ourselves to avoid becoming a victim.

The  Mayor of the City of Johor Bahru , Tn Hj. A. Rahim bin Nin,  officiated at the event which was attended by 360 participants among them students from some primary schools in Johor Bahru. 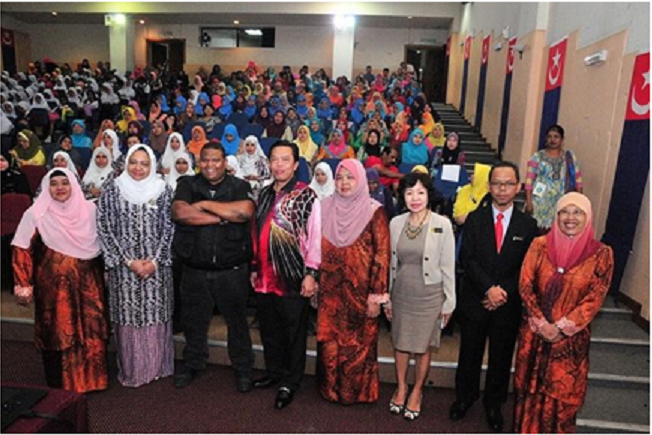 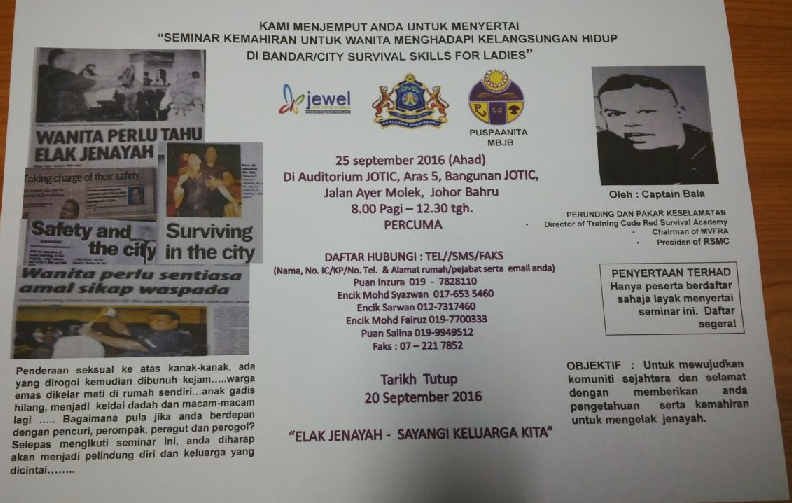