Peace Blossoms in Johor by HWPL 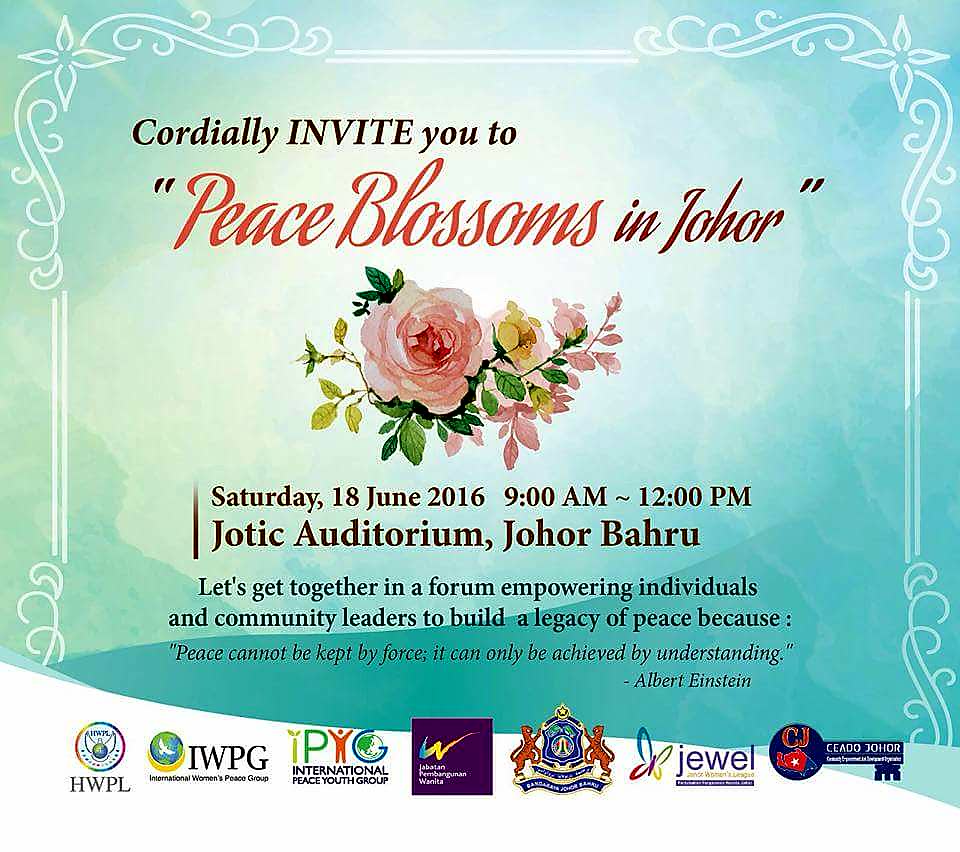 Jewel’s  efforts to  empower  Johor women to be leaders  in joining   women all over the world to urge  for world peace through a mother’s heart .  The Peace Forum, jointly organised by Jabatan Pembangunan Wanita Johor Bahru (JPW) , Majlis Bandaraya Johor B ahru (MBJB) , International Women’s Peace Group ( IWPG) , Jewel and other women NGOs  brought together leaders of NGOs, prominent members of society  to promote the culture of peace in Johor Bahru.

Sarah Gun, IWPG delegate spoke on the secret to achieve peace while  two speakers, Dato’ Aishah Muhammad and Prof. Dr Dhamodass Darmoo spoke on the importance of peace. The Johor HWPL Peace Advocacy Committee was launched during the forum to signify the start of many peace projects in Johor to remind the young and old that peace must be valued and needs everyone to join hands together in support of peace. Signatures of support for the International Peace Law called the “Declaration of Peace and Cessation of War” were collected.  Signatures like this collected all over the world will be the core power to urge the United Nations to establish the International Law For Peace to end conflicts and bring about world peace. 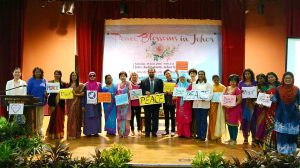 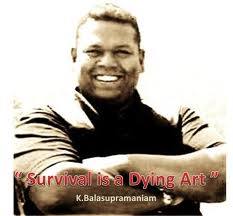