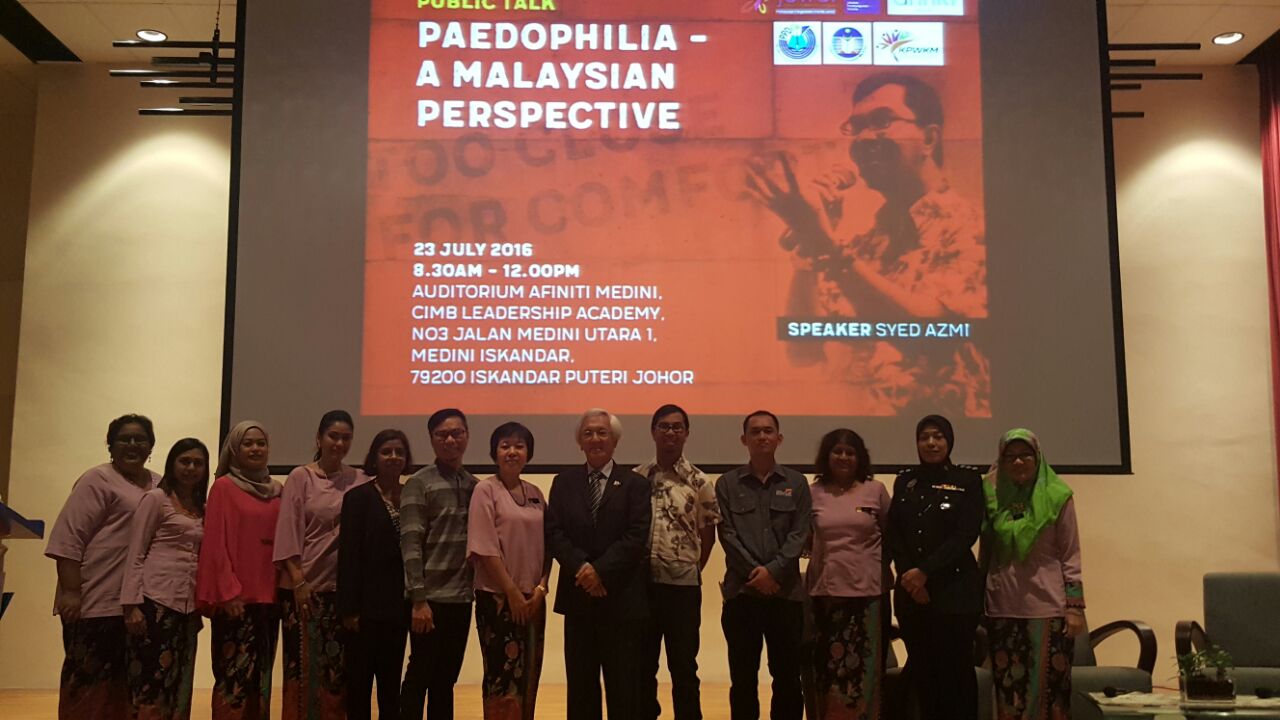 On 23rd July  2016 , Jewel collaborated with the Pejabat Pendidikan Daerah Johor Bahru and  Jabatan Pembangunan Wanita, Johor   in organising  the second  talk on  “Fenomena Pedofilia di Malaysia”  for  school counsellors from the primary and secondary schools in Johor Bahru.

Our special guest speaker,  Syed Azmi AlHabshi, an active social activist with numerous ongoing social community projects,  spoke openly about a topic that is considered  taboo  in many communities.   He  shared  three newly released  videos  Nursery Crimes, a project  which he helped to spearhead to create  awareness of paedophilia in Malaysia.

The talk was followed by a Q& A session with our guest speaker and panellists ASP Siti Aminah bt Mat Isa from Polis DiRaja Malaysia, Zaid Ikhwan from Jabatan Kebajikan Malaysia. It was a spirited discussion on the procedures on making police reports and seeking protection for the victims  involved. 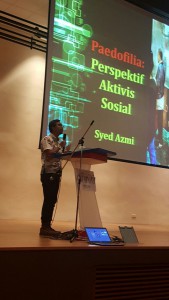